I competed in WPICTF 2020 (Worcester Polytechnic Institute Capture The Flag) event this weekend. I played on a “pick-up” CTF team that found each other via the #find-a-team channel in the WPICTF Discord. Our team was called “notheretowin” and we came in 13th place, not bad for a ragtag squad of nerds!

This is a write-up of my favorite challenge from WPICTF 2020, NotWannasigh. It’s a ransomware reverse engineering puzzle. Thanks “Abjuri5t (John F.)” for making it. See here for any of the code, files, or artifacts used below.

This was the challenge text:

Let’s take a look at the ransom note first:

Not much here. Let’s take a look at the encrypted flag:

Not encrypted in any discernible way. Let’s take a look at the PCAP in Wireshark.

There’s one HTTP request here we can take a look at: 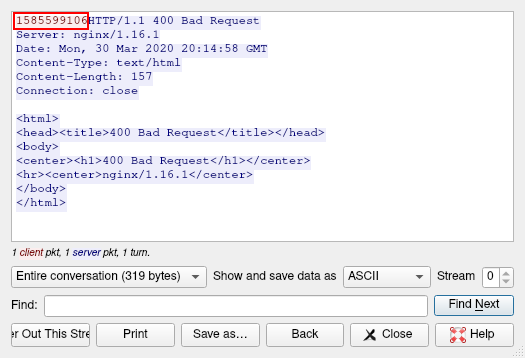 The “ransomware victim” sent out a number (1585599106) to the malicious server which is interesting. This looks like an epoch time, and sure enough it is:

Alright, let’s take a look at the ransomware now:

It’s a single Linux ELF 64-bit executable. I decided to use Ghidra to inspect it. 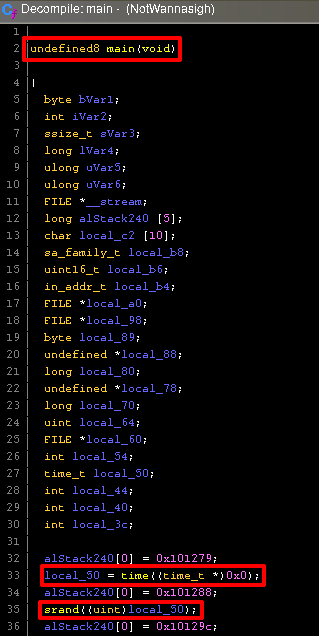 I decompiled the main function and right away I can see it got the epoch time it later sends stored in the variable local_50. This epoch time is then used to seed the random using srand, this will be very important later on. 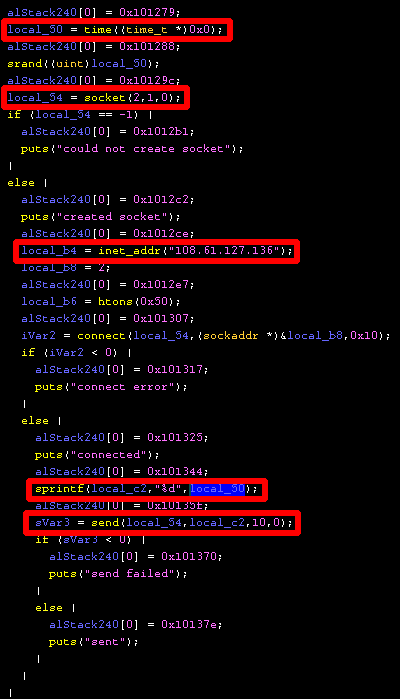 So now the question is: why is this epoch time important? Let’s keep reading the decompiled C code… 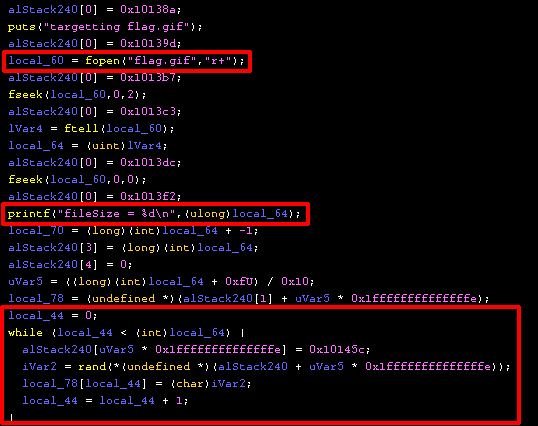 This still hasn’t done any encryption, but it has created a random character array (local_78) of equal size to flag.gif. Let’s see what happens with this array… 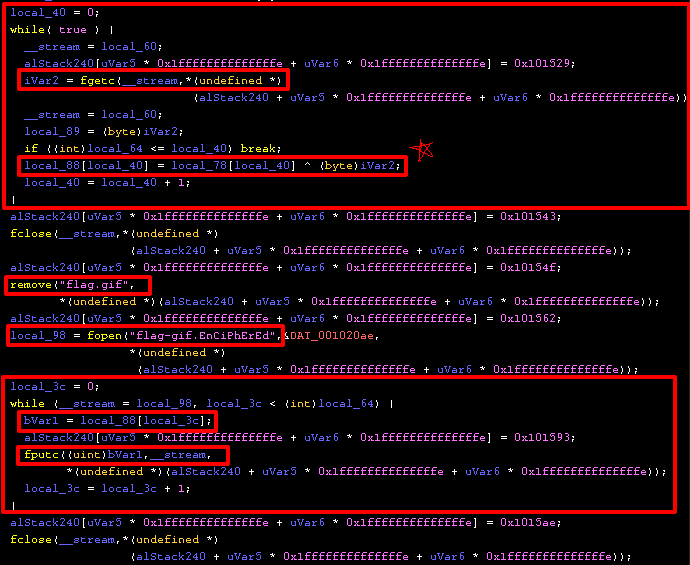 Reading decompilation can be messy & tricky, but let’s break it down:

Let’s compile this, run it, and drop the random characters to a file:

Now, I’m going to write some python to take these random characters and XOR them against the bytes of the encrypted file, which should decrypt the flag.gif!

Let’s cross our fingers and run our python script:

It’s a bit hard to see, but the flag is: WPI{It_always_feels_a_little_weird_writing_malware}

This was a great RE challenge, I really enjoyed it. Until next time, ~vesche